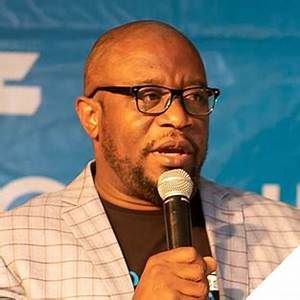 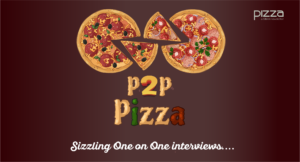 Chimezie Chuta is a Web Application Developer, Blockchain & Crypto Professional, IT Consultant and Tech Educator. He is the founder of  the Blockchain Nigeria user group, a pioneering organization which focuses on cryptocurrency and Blockchain education. For a man who wears so many hats, Chuta has quite a warm personality and a genuine passion for educating the masses. Pizza newsletter caught up with him recently and we discussed everything ranging from cryptocurrency adoption, to decentralized finance (DeFi).

Pizza: You are well known in the blockchain & cryptocurrency space in Africa especially with the pioneering role the Blockchain Nigeria User Group (BNUG) has played and continues to play towards the adoption of the blockchain technology in Nigeria. When you look back at the beginning when it all started, what would you say has been the significant impacts the BNUG has made so far?

Chuta: Blockchain Nigeria User Group was primarily founded as an organization that could play key roles in driving awareness and adoption of blockchain and cryptocurrency adoption across Nigeria and Africa at a time it mattered most. In 2016 after i completed my MOOC Digital Currency program at the University of Nicosia in Cyprus, the need for it was inevitable that an organization such as BUNG be birthed, because there was no such organization with the same initiative at the time. Our primary channel for the fulfilment of our core objective was conferences and educational seminars. Looking back now, and seeing how the entire ecosystem is bubbling and beaming with activities, blockchain startups, blockchain associations, crypto-traders and investors, I think it is well worth it. Our educational initiatives via #BlockchainDev1000 has also put a major spotlight on Nigeria. We have even been able to spur regulations and policies in the entire ecosystem. BNUG has been very impactful.

Chuta: A popular adage goes this way, ‘Nothing is more powerful than an idea whose time has come.’ Blockchain technology is an awesome example of such ideas. It is one of the greatest and most impactful technologies of our times, far ahead of artificial intelligence and other great technologies of the fourth industrial revolution. What has happened thus far is that the first fruit of the technology, Cryptocurrencies and Token Assets have had very unexpected impacts across all verticals in terms of the kind of value it created. In late 2017, crypto-market value was well over $600b. The deeper implementations of the core technology itself is just beginning to unfold. Don’t forget that adopting blockchain into our processes, mean that we will have to accept its principal value propositions which includes the following; trust maximization, decentralization, open collaboration, legal indifference, transparency, data immutability, ossification and censorship resistance, among several others. These kind of elements are alien to the world that has long been accustomed to centralization and control. We are talking about the total and complete replacement of fundamental foundations of our corporate existence. That will explain the pervading reluctance and resistance that the technology is facing. But because of other interesting value propositions that go with the technology, it will finally have its way. We just need to be patient. Blockchain application in Africa would typically cut across her existing institutions like government processes, voting, supply chain, record keeping for lands, court processes,population, and then enterprise applications such as identity verification and document authentication, to mention just a few. So you see Nigeria and indeed Africa needs blockchain technology more than blockchain needs them!

Pizza:  Increasingly, there has been this claim about the general lack of support for local blockchain & cryptocurrency projects compared to the level of support that foreign projects enjoy in the Nigerian blockchain & cryptocurrency space and indeed in most African countries. As a leading blockchain promoter who has closely hosted both foreign and local projects over the years, do you agree with this claim? What’s your take on it?

Chuta: I frankly disagree with such assertions. What has happened over the years is that several foreign blockchain projects have been major sponsors of most of the conferences that are held in Nigeria, including the ones organized by BNUG. Sponsorship is not philanthropy. When you sponsor an event, you do so with the aim of creating maximum brand awareness for your brand and it is deserving. Since most local blockchain companies typically do not have big budgets that could compete with the marketing budgets of their foreign counterparts, they seem to take a secondary position. But BNUG, as the bespoke blockchain technology event organizers in Nigeria, have always given every local blockchain company that is courageous enough to step forward, equal opportunity to showcase their projects like the foreign ones irrespective of the size of their pockets. Another aspect of the issue is that we must all understand that there is a need for every project to attain a minimum acceptable standard. I have been involved in these kinds of discussions in the past and my argument has always been that we cannot be forced into using a poorly executed product because we want to patronize a local brand. No. It is a decentralized world and everyone playing in the space must strive to meet global standards in everything they do. That way, no one will have any reason to look down on any project because it’s local. After All, a good market sells itself.

Pizza:  Perhaps not unexpectedly, since 2009 when bitcoin was invented we have all been witnessing the rise and rise of blockchain applications in the financial services industry, arguably more than other industries put together. What do you think is behind this trend? Is it possible that most of the players in the space are primarily driven by the goal of disrupting the traditional financial system or it’s just the fact that money makes the world go round?

Chuta: The reason for this is not far fetched. Financial application of blockchain technology is genetic to its core offering. Again the pain-point of the negative impact of global financial systems is one that is felt by the majority irrespective of geographic location. Therefore it is natural that solutions had to begin from the area of strongest impact. Moreover because they can be traded and they are speculative assets associated with the technology, it was bound to get the greatest attention. Yes, money makes the world go round, and crypto-money does it better than any other form of money!

Pizza:  Talking about blockchain and finance, for two hot pizzas it would be great to know why BNUG is focusing on DeFi–what is called decentralized finance or open finance arbors next blockchain conference in Lagos?

Chuta: Every year, BNUG themes her conferences in line with the hottest topics in the global blockchain and crypto ecosystem. Since 2017 when we started organizing technology events we have spotlighted different subjects successfully in order to spur massive discussion in divergent directions. In 2019, DeFi attracted the attention of a large number of investors and became the most eye-catching field in terms of cryptocurrency applications. Since decentralized Finance is arguably the hottest subject in the blockchain space, focusing our next conference along this line will be the best thing that could happen to the community, because it will also spike the development of DeFi products in Nigeria.

Pizza:  Is centralized finance failing the people, and can DeFi provide the answer?

Chuta:  In a world where finance is gate-kept and controlled by opaque institutions that seek to take a significant cut out of every transaction that passes through it, block off competitors and control customers, DeFi is critical to fulfilling finance’s true purpose. Major potholes in today’s financial system — age limits, geographical barriers, insecure transactions, excessive documents, and personal details requirements, inexplicable deductions, slow and high transaction fees, etc makeDeFi inevitable! DeFi has gained traction because it actually improves the user experience when compared to traditional financial products; DeFi applications make it very easy to engage in lending, borrowing, bundling, trading, and more. Not only is DeFi important for the growth of crypto, but DeFi projects provide useful tools to investors and token holders seeking yield on their investments. Traditional finance has failed already. Post Covid-19 era will bury it!

Pizza: Finally, if you were Laszlo Hanyecz, the man who paid 10,000 bitcoins for two pizzas in May 2010, how would you honestly react when you see bitcoin price today at over $6700 per coin?

Chuta: I will forgive myself and forget the past and take advantage of the opportunities which still exist now. 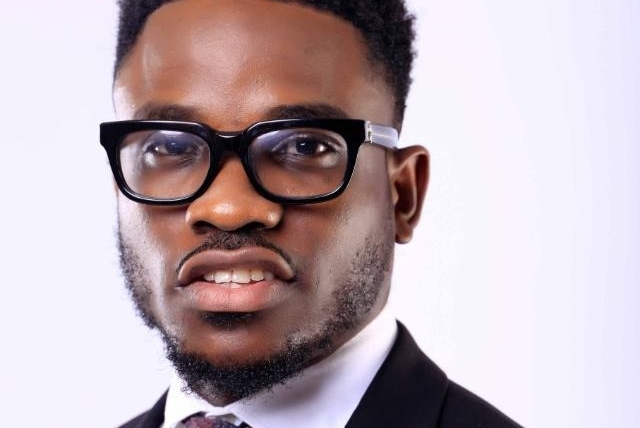 Understanding Cryptocurrencies (1) by The Cyberchain Community

SiBAN Reforms: Towards Transformational Leadership in a Time of Growing Innovation, Policy, and Regulation in Nigeria

SiBAN: Full Report of the Stakeholders Engagement for the Review of the National Blockchain Adoption Strategy Framework