For months, I watched the founder of this blockchain startup toil day and night to build his project—day and night without rest. After developing MVP and developing the framework and functionalities of his blockchain-powered startup, the founder needed to build a team for the long run. He turned to his network, mostly comprising young Africans, especially Nigerians. One after the other, these guys turned down the Founder’s offer—one after the other.

Why? Some of the guys the founder spoke with insisted that all remunerations for joining the team must be in fiat. Those who were fine with remuneration in the startup’s native coins and tokens insisted on hundreds of thousands of it, hitting the overall supply rather badly. Others wanted equity — not the size of a startup founder keeps as option pool for employees or workers but a chunk of it that makes Shylock look good. And they didn’t want any vesting clauses in the agreement—again, putting the project at the risk of losing value without getting the contemplated value. Others just didn’t see anything in the startup’s project beyond how to immediately start making money. No time to start small and grow big. They wanted it big from day one. Which blockchain and crypto startup would survive this way!

Having kept the project alive through bootstrapping with millions of naira over a span of more than 18 months, the founder had little money left to meet the remunerations demanded by these peeps in his blockchain and crypto network, from WhatsApp to Telegram. So much for enthusiasts with no enthusiasm towards being part of a startup with potentials to go way up! Serious road block. Sudden fever. Deep frustrating sighs. Is this the end of the road? No, the founder won’t throw in the towel easily. He just won’t. He casted his net into other parts of the crypto sea. 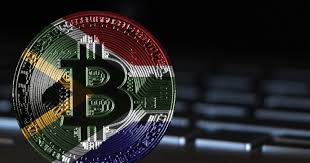 Propelled by the value he is so sure his blockchain-powered startup would add to lives and businesses, the founder turns to his network of foreign blockchain and crypto experts and enthusiasts. It’s a pool of talents. Raw or refined. They have got both. Fraud or legit. They have a got a basket full of that too. Anything you want. So the founder made offers. He got counteroffers. He threw in counter counter-offers. The negotiation is an endless rosary of offers and counteroffers. Calculations as mathematical as cryptographic algorithms. (Satoshi must be proud.) Finally, they reached consensus. They found middle ground—that point where magic happens and then there is a hash. Serious energy expended. Proof-of-work. After what seemed like cryptography for validating a single transaction, it’s a win-win for everyone. There is a block. The founder successfully adds more willing foreigners to his project. There is a chain of blocks. The Founder is glad.

Today, the startup is not there yet but things are looking up—very up. Things are looking good—very good. The founder is more confident of the future—very confident. There is more positive energy in the team. Even if there are a few doubting Thomases here and there, they have nothing close to a 51% computer power to attack the enthusiasm of the majority members of the team. The startup’s future is secured. Led by the founder, the team continues to build, night and day; day and night, beyond 30 days and 30 nights. There is a peer-to-peer belief that someday, the sun will shine in this part of the block. Hope is decentralized. Everyone has caught the bug—someday, the sun will shine. Someday.

But when and how well would the sun shine in the Africa blockchain and cryptocurrency space if we do not learn to work with people at night to bring the sun to our windows when we wake in the morning? When will home-built projects compete with their counterparts in other climes if we keep turning our own projects down because the founders are not CZ or Elon Musk (yet)? Except we nourish our own body system locally, the sun would hardly rise for all of us. Hardly.

It will hardly rise not just for the potential team member who does not see beyond immediate returns but also for the founder whose project is negatively affected because it is starved with talents needed to propel the wheel of innovation in the space. Most unfortunately, this unhealthy attitude affects the community as potentially great projects remain potentially great in whitepapers, onepagers, pitches, and what have you. “Potentially great” is not great. (Ask a sleeping giant in West Africa to be sure.)

Startup founders in the African blockchain and cryptocurrency space, do not go to sleep. Stay awake! Yesterday’s $1 BTC is today’s over $8000. Yesterday’s Craig Wright is today’s Satoshi Nakamoto. (Well, ask Craig!) Keep buidling. Buidl. At the end of the long tunnel comes the light when today’s burden will become light on your shoulders. Whether you like it or not, you are a pioneer in Africa’s nascent blockchain and cryptocurrency space. Buidl. Just buidl, focusing on your users, especially African users. And beyond Africa, think global and act local. It’s a ‘glocal” world. It’s not called a global village for nothing. So in your UI and UX designs, forget the complex technology behind your blockchain solution. That’s cryptography for Satoshi, the cryptographer. Think Tochi, the user and villager. Make it simple. Your rewards will come: numerous private and public keys to access your crypto wallets and hybrid wallets. (But do not say I didn’t warn you that the reward for hard work is more work.) Buidl.

So next time an African brother or sister pitches a blockchain or crypto solution to you without thousands of dollars or hundreds of bitcoin in the bag, don’t toss the idea off the window or demand the head of John the Baptist. Don’t. The head you demand today may just be the forerunner’s head. The real Lord of the Coins is may be born already. Beware of the cornerstone.

Senator Ihenyen, a lawyer, is a promoter and Vice Chairman (Policy & Regulations) at Stakeholders in Blockchain Technology Association of Nigeria (SiBAN). Email: polreg@siban.org.ng

Senator Ihenyen is a promoter and Vice Chairman (Policy & Regulations) at SiBAN. An intellectual property and information technology lawyers, Senator advises a number of blockchain and cryptocurrency startups. He is Lead Partner at Infusion Lawyers.