At the TechCabal Emerging Tech Town hall which held in Lagos on Friday 28 January 2020, players, experts, and regulators agreed in principle that policy formulation on emerging technologies such as artificial intelligence (AI) and blockchain should come before regulation.

Senator Ihenyen, the General Secretary of SiBAN, by virtue of his contributions in the nascent blockchain space in Nigeria and the emerging technology space generally, was one of the experts invited to the policy workshop. Chuta Chimezie, founder of Blockchain Nigeria User Group (BNUG) was also present at the workshop. Other stakeholders, including representatives of Fintech Nigeria Association, NITDA, NDIC, and the Bank of Industry, were in the room.

Though a short session due to inadequate time, it was a very meaningful engagement as players shared their challenges, regulators shared their concerns, and experts shared their insights. All the regulators in the room shared the same concerns: We are not here to stifle innovation, and this is why we are not in a hurry to introduce regulation. But public safety is vital. So we are learning these emerging technologies as much as we can as technology would always be ahead of regulation.

After the workshop was declared open by the moderator Isreal Aye, a lawyer and founder of My law.ng, the floor was open for participants to make contributions towards how to go about policy making.

On the Policy and Regulatory Framework on Emerging Technologies

First, the present policy and regulatory framework for emerging technologies, with focus on AI and blockchain technology was briefly looked at. A representative of the FinTech Association of Nigeria Here Prof. stated that while legislation were still not there, there have been directives and notices by bodies such as the Central Bank of Nigeria (CBN) and the Securities and Exchange Commission (SEC) on cryptocurrencies and virtual assets generally. Regarding blockchain and cryptocurrency, Prof. Tina David-West, Academic Director of the Lagos Business School confirmed this, pointing out that Africa was behind in emerging technology as the policies and regulations needed are not there.

On the proper approach to regulation, a representative from the National Information Technology Development Agency (NITDA) said that they prefer to listen to the players lead the way so regulators don’t jump in too early, thus stifling innovation in emerging technology. Also, the NITDA representative asserted that technology cannot be regulated but the applications of such technology.

On challenges players in the emerging technology space are presently facing, Judith Okonkwo, the Founder of Imisi 3D, identified poor infrastructure such as electricity and Internet as serious challenges, particularly in the Augmented Reality and Virtual Reality subsector. On his part, Hanu Fejiro Agbodje, CEO at Patricia Technologies, identified lack of legal and regulatory certainty in the blockchain and cryptocurrency space in Nigeria.

The discussion then turned on policy formulation and regulation. Chuta Chimezie, BNUG Founder, who was a member of the SEC Fintech Roadmap Committee, informed the house about the work and report of that Committee which is now before SEC awaiting implementation. On his part, Rotimi Ogunyemi, a tech lawyer and Co-Founder of Spindler Cyberlaw Centre and Vice Chairman of the Nigerian Bar Association (NBA) Section on Business Law ICT Committee emphasized that the driver of emerging technologies was essentially data. Therefore, players in the emerging technology space, including AI and blockchain, should be aware that there are existing policies and regulations on data protection and cloud technology.

Senator Ihenyen re-emphasized the need for policy makers to focus on the various applications of emerging technologies such as blockchain so there is a case-by-case approach to the risks and liabilities that arise from such applications. About developing policy for AI, the Lead Partner at Infusion Lawyers, suggested that the government may issue directives to regulators of every sector–from aviation to health–to develop policies on the use of AI.

We need to keep the conversation going.

Rounding off, the moderator observed that policy conversations on emerging technologies need to be private-sector driven, engaging the public sector in the process. Players in the space may not be engaging enough and by so doing they may be putting themselves at risks. The Lagos State Government recent and sudden ban on bike-hailing businesses in the state was cited as an example.

Finally, everyone in the room accepted that rather than starting with regulation, policy should go first so we have a clearer sense of direction before regulation drops.

All in all, we agreed that regulation–which is typically a body of legislation and subsidiary legislations–is best served after policies have been formulated, otherwise regulation may result in the frictions it should prevent or check against. Policy formulation gives direction. Regulation stamps it feet on it. We shouldn’t be stamping our feet on what we have no direction about.

Briefing the SiBAN community after the policy workshop, Senator Ihenyen stated that “The emphasis, at this stage, is policy. And this requires roundtables, not high tables or podiums. he conversations must continue, and the private sector needs to drive it, while engaging the government.”

Apart for the policy workshop, Senator Ihenyen, who participated in the whole-day Emerging Tech Townhall, joined two other learned colleagues as legal experts to respond to questions on AI and blockchain. From the regulation of cryptocurrency, tax treatment of bitcoin, ethical AI, smart contracts enforcement, and related matters, the panel the light on dark areas. 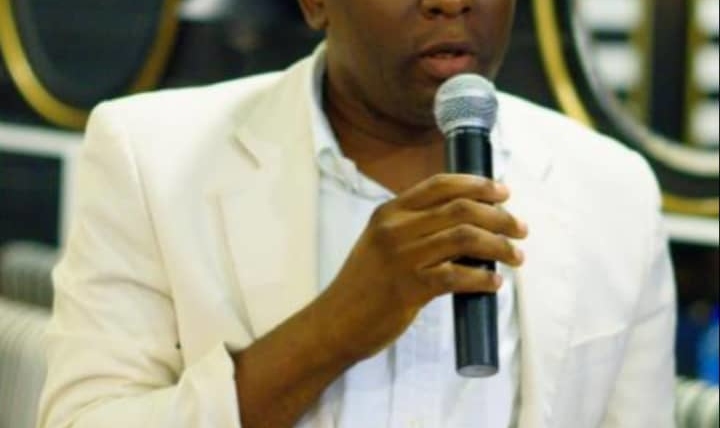